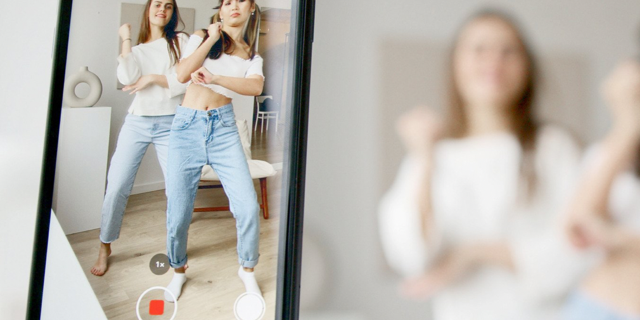 Cloudflare’s Radar, which monitors Web traffic, has revealed that TikTok has now overtaken Google to become the world’s most popular online destination.

Cloudflare has reported that back in 2020, the google.com domain was the undefeated leader in its ranking and was top from September to December, whereas TikTok.com was only ranked #7 or #8. TikTok first grabbed the top spot as the no.1 global destination in February 2021 (for a day), by August was leading the rankings on most days, and then from October onwards. TikTok now has more than one billion active users.

Some tech commentators have noted that the most likely reason for social video platform TikTok’s huge surge in popularity, which saw it become the first non-Facebook mobile app to Reach 3 billion downloads globally by July, was the search for entertainment during the pandemic lockdowns (Sensor Tower figures).

TikTok hosts a variety of short videos, covering different genres (e.g. comedy, dance, politics, and food) and some of the attributes and factors that have helped it to become so popular include:

– It is convenient and many people say it’s easier to edit and upload content in TikTok than in other competitor apps/platforms e.g., Instagram or Snapchat.

– It’s a visible space with a familiar format of funny, positive video clips for Gen Z, who spend a lot of time on their phones. TikTok’s short clips appeal to the younger generation’s shorter attention spans.

– It gives ‘ordinary’ people the tools to creatively express themselves and take part in current discourse.

– It provides a place for brands to experiment with their messages in entertaining ways, and a way for TikTok itself to discover popular new ways to expand its brand even more (e.g. the popularity of food and recipe video clips), leading to the proposed launch of ‘TikTok Kitchen’ in March next year.

– It has a content-rewarding algorithm that’s helped to drive meme culture, and TikTok’s algorithms can learn user preferences and customise the video feeds to their users, thereby helping it to keep users interested and engaged.

– It makes good use of music, which is particularly appealing to young age groups, and enables TikTok videos to be shared on Instagram, thereby boosting usage/download rates.

Although TikTok is riding high in the popularity ratings it has suffered setbacks and criticism along the way, including:

– A temporary ban in India.

– Worries about links to the Chinese state and allegations that it may have discriminatory content censorship standards that are decided by the Chinese government.

– A US counter-intelligence investigation and an investigation by (Israeli) Check Point over possible backdoors and security vulnerabilities that the platform may have.

– Worries from child advocacy groups that the app may pose a risk to children.

– Criticism from Reddit CEO/co-founder Steve Huffman that TikTok, once installed, is like a kind of ‘spyware’ that’s always listening.

– A £4.3m fine after Musical.ly was found to have knowingly hosted content published by under-age users.

TikTok, the most popular app in the world, has clearly been boosted by the search for entertainment, comfort, and connection by a generation separated by the restrictions of the pandemic. It also, however, taps into (and appeals to) GenZ’s needs and gives them something that they value in terms of the ability to express themselves and have fun in a convenient way. For brands, it has provided insights, a testing ground, and a way to reach young audiences with news and creative message styles and for TikTok itself, while providing a great way to continuously learn about its audience to enable it to grow and stay appealing, as well as finding its own new opportunities. For TikTok’s competitors e.g., Snapchat, TikTok’s huge growth surge is proving to be a major threat.