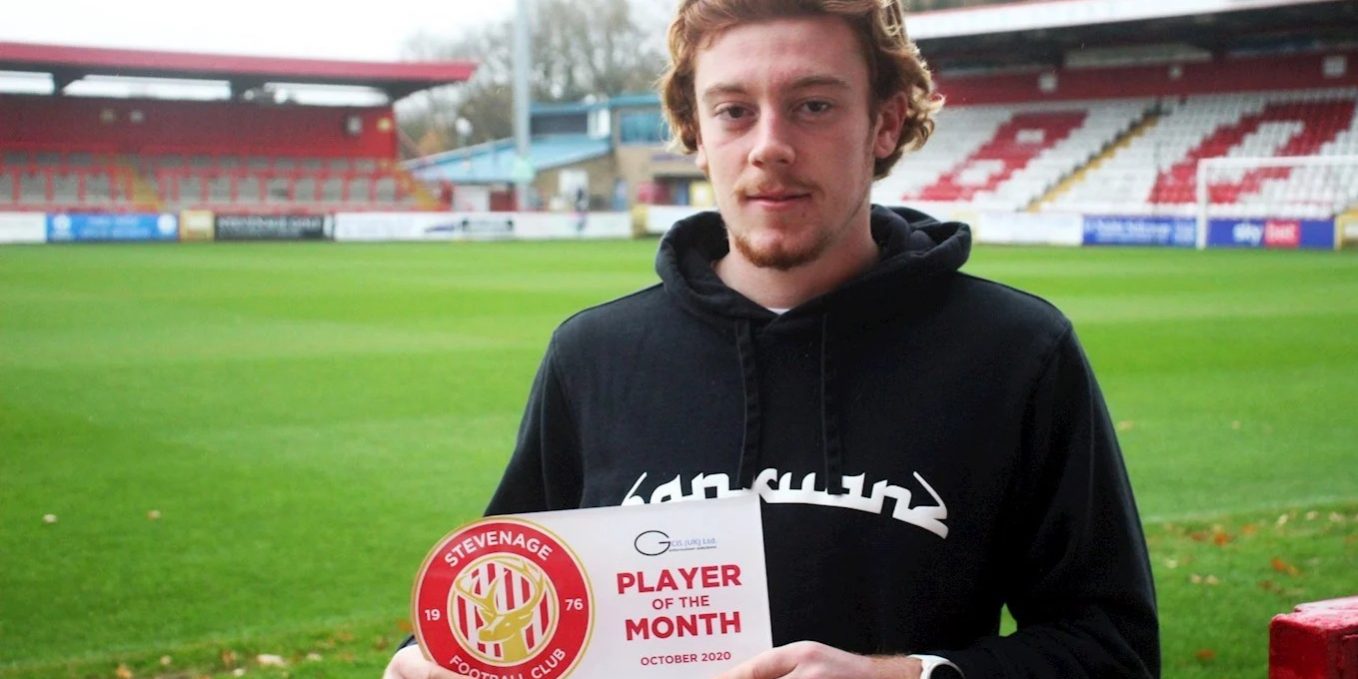 Stevenage supporters voted Read as the winner, who faced stiff competition against fellow teammates Terence Vancooten, Jack Smith and Charlie Carter, in what was a tight race between the nominees.

“I am delighted to win Player of the Month again and I would like to thank all the supporters that voted for me,” Read said. “The most important thing though is that the team have started to put together a string of good results which we hope to continue between now and the rest of the season.”

We are proud to be partnered with Stevenage Football Club as their IT Partner and Sponsor of ‘Player of the Month’.