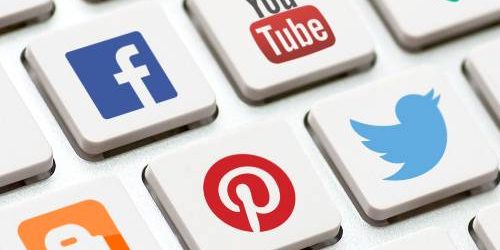 The introduction of the Age Appropriate Design Code (also known as the Children’s Code) by the ICO means that Facebook has decided to ask Instagram users to give their date of birth as part of the login.

The statutory Children’s Code (‘The Age Appropriate Design Code’), which came into force on 2 September 2020, is a set of 15 “flexible standards” that should act as a data protection code of practice for online services, such as apps, online games, and web and social media sites, likely to be accessed by children.  The idea is that it should help provide more protection for children online and companies/organisations must conform to the code and demonstrate that their services use children’s data fairly and in compliance with data protection law. The ICO says that developers and those in the digital sector must act, but gave a maximum transition period of 12 months, which is now up, and which is why Facebook’s services (including Instagram) are starting to flag up the new conditions.

In line with the allowed transition period, and to let Instagram users know that the changes are coming in, users will be asked for their date of birth upon login but will be able to dismiss the prompt for now. Instagram has already started blurring content that’s unsuitable for under-18s and a date of birth will be required at some point in the near future to enable people to continue using the Insta app.

Instagram’s owner, Facebook, is also now defaulting any new accounts for under 16 s to a private setting in order to help with its compliance.

In addition to a statutory need for compliance, Facebook may also be extra keen to show that it is taking prompt action to protect young users of its platforms following reports from the Home Office and six other countries last October that Facebook was responsible for 94 percent of 69 million child sex abuse images reported by US tech firms.  This figure appears to refer to its end-to-end encrypted WhatsApp chat app being used for criminal purposes by some users.

This story highlights the fact that the transition period for the Children’s Code/’The Age Appropriate Design Code’ coming into force is now at an end. Facebook/Instagram introducing these measures should, therefore, be an extra reminder to all developers and those in the digital sector that they need to comply with these ‘flexible’ standards to protect young users of their services, avoid any problems with the ICO, and avoid bad publicity.  Many would argue that these standards are long overdue and that young people, for whom the Web and mobile technology have always been around need much better personal and data protection online. Putting the responsibility on providers of digital services, backed by the law, and overseen by the data regulator is one way to get the attention of the big social media platforms and could be an important tool in starting to clean-up some public areas of digital life. Policing private end-to-end encrypted apps however, which is where many criminals may be most likely to interact, is a greater challenge.  The Children’s Code may be a good start.